Blanche Beatrice Singleton Mason, daughter of Frederick and Elvira Phoenix Singleton was born in Springboro, Ohio, March 2, 1899.  At a very early age, she moved to Lebanon, Ohio with her parents, where she spent most of her youth.  Later she moved to Dayton, Ohio.  She became a member of the Zion Hill Missionary Baptist Church and was a member of the Esther Missionary Circle.  She united in marriage to Calvin Mason.

Blanche … better known to family as “Mamaw”.  Mamaw was an excellent cook.  As an Eastern Star (Golden Promise Chapter No. 306), she helped with the fried chicken and fish dinners at their fund raisers.  On Saturdays, she prepared hot dinners for sale and the children knew on those days to stay out of the busy kitchen.  The dinners would include a meat, two vegetables, hot rolls and a dessert, which usually consisted of a huge portion fruit cobbler, or a large slice pie (flakiest crust ever) or a enormous hunk cake.

Her German Chocolate Cake was the most requested cake from customers who purchased her dinners. Mamaw was an exceptionally “great” baker.  She could whip up quickly a batch of biscuits or rolls with her eyes closed.  Because “hot rolls” were a constant request from her sister Vergie (Jimmie), she taught her how to make those home-made yeast rolls with real butter that would melt in your mouth.  Mamaw would always make desserts from scratch.  All of her cakes were three layers or more and had the creamiest icing.  The favorite was her Chocolate Cake with Chocolate Icing.

At Thanksgiving and Christmas, the table was full of all types of baked goods, all from scratch.  Christmas was really special, because that’s when Mamaw made fruit cakes and chocolate peanut butter fudge.  Mamaw retired from the Dayton Country Club where she worked as the head baker.

Wilbur French Singleton, son of Fred and Ella Singleton,  was born in Springboro, Ohio on December 8, 1902. At an early age he moved with his family to Lebanon, Ohio, where he attended the Lebanon Public School. As a youngster he attended Bethel A.M.E. Church Sunday School.

May 27, 1924 he was united in holy wedlock to Louise Roberson. Six children were born of this union – Ronald, Esther, Margaret, Doris, Bernice and Janice.

Wilbur was employed by the Charles Meis Shoe Company, the GH &R Foundry in Dayton, and the Warren County Museum in Lebanon.

In 1974, he united in marriage with Leafy Polley of Dayton, Ohio.

He was a member of the Bethel A.M.E. Church and sang in the Senior Choir.

One of the loves of his life was the organ that he played with the ability of an accomplished musician. 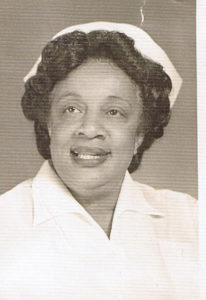 Hazel Naomi Singleton Jackson, daughter of Frederick and Ella Phoenix Singleton was born in Springboro, Ohio on February 23, 1905.  In 1908 she moved with her family to Lebanon, Ohio.  She attended the Lebanon Public School, where she made a name for herself as a running track star. She was a member of the Bethel A.M.E. Sunday School and at an early age joined the Church. She became a member of the choir and is remembered for the inspiring duets that she sang with her sister Blanche.  Having had private lessons, Hazel became a noteworthy elocutionist, speaking often at her church.  In the late 1920’s, she moved to Brooklyn, New York and became a successful restaurateur.  She was united in marriage with James Jackson of Brooklyn, New York.  Through Hazel’s love of caring for others, she trained and earned a degree in nursing.  She was employed at Brookdale Medical Center in Brooklyn.  On her retirement from Brookdale, she returned to Lebanon to make her home.  Hazel’s life revolved around her family, giving each one love, attention and care. 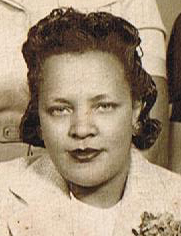 Vergie Virginia Singleton Russell, daughter of Frederick and Ella Phoenix Singleton was born in Springboro, Ohio on May 18, 1909.  At the age of three years old, Virginia moved with her family to Lebanon, Ohio.  Virginia was enrolled in the Cradle Roll of Bethel A.M.E. Church.  Early in life she joined the Church and became active in the Sunday school and the Junior Choir.  Later she joined the Senior Choir, and was one of the lead sopranos.  She was part of Bethel’s Sextet and the Singleton Sisters, who performed on the Radio.

Her early life was spent in Lebanon, Ohio where she received her education in the Lebanon Public School district.  Virginia was united in marriage to Ulysses Russell.

She moved to Dayton, Ohio where she was gainful employed by Man Power and the Federal Government at Wright Patterson Air Force Base.

In 1968, she moved to Brooklyn, New York where she made her home and then returned to Lebanon. 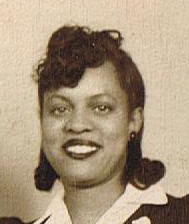 Cecil Singleton Davis was born on March 28, 1913 in Lebanon, Ohio.  Cecil was born the seventh of 12 children to Fred and Ella Singleton.  Cecil spent a great deal of her lift in Lebanon, Ohio, where she was a student in the Lebanon Public School System.  At a very early age, she was baptized and joined the Bethel A.M.E. Church in Lebanon.

Cecil could not finish high school because she gave up her shoes so that her younger sisters could go to school.  But that did not stop her in 1948 at the age of 35 she went to nursing school and got her degree in nursing from the Lincoln Institute of Nursing as a Licensed Practical Nurse.  She always displayed a great deal of devotion for all of the patients who were under her care.  Then she always said she wanted her high school diploma.  Well she went back to school.  At the age of 63 and got her high school diploma in 1976.  She was so proud of it and we were all so proud of her that she never gave up her dream.

If you went to any Lebanon school and ate in the cafeteria you saw Cecil and Katherine.  They worked for 25 years serving up food.  For many years, Cecil served faithfully as a leader in the Girl Scouts.  In 1947, she became an affiliated member of the Lily of the Valley, Chapter #55, O.E.S.-PHA of Middletown, Ohio.  During the 1950’s and 60’s, Cecil was a member of the Hall Thomas Chorus, and the Singleton Sisters singing group.  In 1964, she moved her residence to Xenia, where she became a member of the First A.M.E. Church.  In 1982, she retired from active employment at Central State University.

After retiring from Central State University, Cecil become a foster grandparent.  This was a volunteer program that if you had time to spare, and love to share, you could become a foster grandparent.  This involved children that were developmentally disabled, physically handicapped, learning disabled, emotionally troubled, abused, substance abusers and juvenile offenders.  Cecil worked at Arrowwood School in Xenia.  She just loved the kids she came in contact with and they loved her right back.  She was written up in the Xenia paper for her work.

Cecil will always be remembered for her fun loving disposition.  She had a kind word and pleasant smile for everyone.

Charles Frederick Singleton, affectionately known as “Charlie” to all who knew and loved him, was born December 31, 1910 to Frederick Douglas and Elvira Phoenix Singleton in Springboro, Ohio.  The fifth of 10 children, young Charlie moved to Lebanon with his family.  On December 16, 1933, Charlie married Marie Frances Davis, daughter of Bessie and Edward Davis.  To this union four children were born, Lois Marie, Charles Edward, William Frederick, and Steven Davis.  He always provided for his family.  During WWII, Charlie was employed by Kings Mills Government Powder Plant. Many of you may also remember seeing Charlie driving his truck during his job with the City of Lebanon.  He retired from Inland (a division of General Motors) as a welder, in 1975, after more than twenty years of service. Charlie enjoyed fishing, hunting and all sports – he even tried his hand at boxing and semi-professional football.  He expressed his love of music by playing the saxophone and singing tenor.  He was always interested in helping others.  There were even heroic deeds.  Once, when on his way to work, he rescued a young child from a burning home.  He was a loving husband, father, brother, uncle, grandfather, great-grandfather and friend. 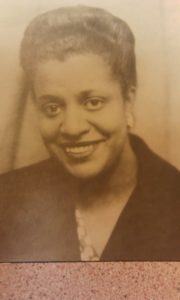 Katherine Ella Singleton Thomas was born in August 28, 1914 in Lebanon, Ohio to Frederick and Ella Phoenix Singleton.  She was the seventh child of ten born from this union.  During her last few years of her life she resided at Quaker Heights Nursing Home in Waynesville, Ohio where she received excellent care.  The residents and employees often referred to her as “song bird” because she loved singing and it brought great pleasure and comfort to all.

Katherine attended and received her education in the Lebanon Public School System.  She loved and married Rolland H. Thomas on September 22, 1932.  As a loving and devoted couple of 59 years, they were blessed with four children:  Charlene, Herbert (Sonnie), Lowell and Rolland (Hayes).

During her career, she was employed in the Food Service Department for the Lebanon Public System for 34 years where she advanced to Head Cook before her retirement in 1975.

She was a devoted lifetime member of Bethel A.M.E. Church where she was often seen working in the church kitchen, assisting with all occasions, and singing in the choir.  In her spare time, she enjoyed cross word puzzles, sewing and gardening in her big backyard.  She had a giving heart and always had a small gift to offer each guest who came to her home.  Katherine was fondly called Grandma Missy or Aunt Missy.  To know “Missy” was to love her and to have had her as a family member of friend was a blessing. 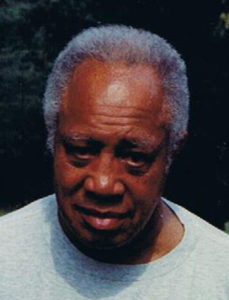 Like his siblings, he had musical talents; a beautiful baritone voice and he played a “mean” trombone.  He played in the town orchestra, along with this brothers Wilbur and Charlie, and his cousin, Mose (Carl).

He suffered a severely broken neck in an auto accident.  He passed the test to enlist in the Army in WWII.  He drove a truck in Africa and Europe for that famous Patton invasion. 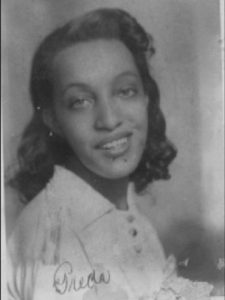 Freida Singleton Kinley was born on January 20, 1919 in Lebanon, Ohio.  She graduated from Lebanon High School and studied to become a Practical Nurse. 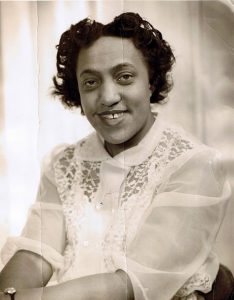 Elsie was the beloved mother of John A. Singleton and Keith A. O’Donnell and the last surviving child of Fredrick D. and Ella Singleton. She is fondly remembered by her extended family and countless friends in the Lebanon, Ohio community and beyond, including her former colleagues at Wright Patterson Air Force Base in Dayton, Ohio. At Wright Pat, she served her country for over four decades as award winning member of the staff of the Foreign Technology Division. Elsie leaves behind a legacy of good deeds and positive achievements that inspired generations of those who came into contact with her. She was known for her generosity and selflessness, often tending to the needs of others when she could well have been doing things for herself. She took special pleasure in music, whether she was leading the choirs at Bethel AME church or at work or simply enjoying an impromptu performance at the piano, entertaining herself and anyone who was fortunate enough to be nearby. Most of all, Elsie will be treasured by people who knew her best for her perpetually pleasant personality and amazingly spiritual outlook on life. Even when she dwelled in this world, she seemed to be quite familiar with what was going on in the unseen and non-material one.